reading diary 2018: missed 75 books challenge, but not by sooo much

I joined the "75 Books Challenge for 2018" on LibraryThing. I did not make it, but that's fine for me. Here's the list - without the books I just started or browsed through or used only parts of. Some reminiscences:

2/75: The second one was Of books and bagpipes by Paige Shelton. I collect books featuring librarians (many of those are cozy mysteries), and the father of the main character's boyfriend is a librarian ;-)

3/75: The cracked spine by Paige Shelton. After having read the second volume of the Scottish Bookshop Mysteries, I wanted to read the first one. I preferred Of books and bagpipes, but The cracked spine was a nice read while commuting. 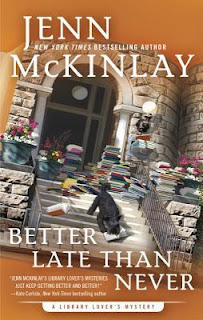 4/75: Better Late Than Never by Jenn McKinlay. Volume 7 of the Library Lover's Mysteries - I read them all. Enjoyed it.

5/75: Kater Friedrich fährt zur Kur. A really charming children's book about a cat named Friedrich who goes on a "Kur" (difficult to translate - it's a several-week-long stay in a specialised institution to restore or maintain one's health, usually paid for by your health insurance). Friedrich has accidentally swallowed something he shouldn't have and needs to recover.

6/75: Attention All Shipping : A Journey Round the Shipping Forecast. The "Shipping Forecast" is a traditional BBC radio broadcast where the nautic weather in the waters round the British isles is forecasted. Wikipedia says about this: "The unique and distinctive sound of these broadcasts has led to their attracting an audience much wider than that directly interested in maritime weather conditions". It took me really long to read as there are a lot of words I don't know but I enjoyed the style.

7/75: Crime & Poetry (Magical Bookshop Mystery) by Amanda Flower - a bookshop mystery featuring magic and a cat and a librarian.

9/75: EU-Datenschutz-Grundverordnung (EU-DSGVO). Praxiseinführung in 7 Schritten - a useful book about the GDPR I read for my work as a data protection officer.

13/75: Browsing for Trouble by Amy E. Lilly - volume 4 of the Phee Jefferson Bibliomysteries. Do you see a certain trend in my reading choices? ;-)

14/75: The road to Wigan Pier by George Orwell, his documentary account of mine workers' work and life conditions in Yorkshire and Lancashire of the 1930s and musings about socialism and communism. Very interesting and sometimes surprisingly current.

16/75: Anekdoten über Adalbert Stifter - a very short collection of anecdotes about the Austrian writer whom I appreciate a lot

17/75: Christian Pfitzer: Abgewrackt - Die Anekdoten eines Arbeitslosen - a critical and also funny account of a 25 year old German having lost his job and avoiding to get another one for a quite long time. Very good descriptions of the bureaucracy at the job centre and of the many ways poor people try to get round the month. 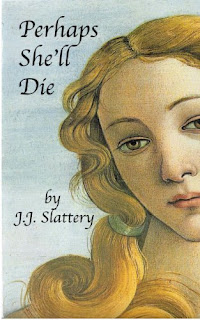 20/75: J. J. Slattery: Perhaps she'll die - another librarian mystery. I liked the description of "small college politics and scholarly intrigue in the groves of academe" (blurb) among the very good mystery plot. It also has a classics background (Sappho & Co.) which I especially like. I really read a lot of bibliomysteries, and this was special. I would like it to be continued, but the author has already died.

21/75: A. J. Jacobs: The know-it-all. I remembered that I have read a book from a man trying to observe ALL rules in the bible. As I searched the book I realised that Jacobs has written a lot of books with self-experiments. So I read The Know-it-all where he reads the Encyclopedia Britannica in its entirety.

22/75: M. Amos Clifford: Your guide to Forest Bathing - I will do a course about forest bathing this year, this is as an introduction.

23/75: Ephraim Kishon: Alle Satiren (all satires in one volume) - a really pleasant and funny read, but in some of the stories you see their age (I don't speak of technical developments, but of the man/woman relationship). 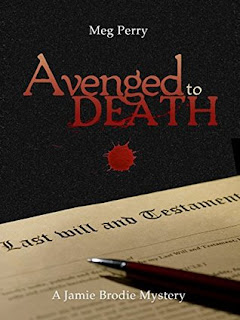 I have missed several volumes of the Jamie Brodie Mysteries by Meg Perry, and as I had to procrastinate (I would have had to write an article) I read one of them after the other (I sometimes feel like I cheat when I read the books on the ebook reader, but I read them...):

In addition, I discovered the Very English Mystery Series by Elizabeth Edmondson. I have finished

38/75: finished El bosque, a Spanish picture dictionary about the forest

39/75: finished The trouble with women by Jacky Fleming

40/75: finished Raising steam by Terry Pratchett - not my favourite of Pratchetts books but still: funny, a very nice ending and some observations one can apply to our daily lifes. I love Lord Vetinari! :-)

41/75: finished Sing, unburied, sing by Jesmyn Ward for September's Girly Book Club in Vienna - it was quite hard to read for me and left me somehow perplexed. I would not have bought it from the blurb, but it's definitely worth reading. It showed me that I am privileged in many aspects.

"Nikki impulsively takes a job teaching a 'creative writing' course at the community center in the beating heart of London's close-knit Punjabi community. Because of a miscommunication, the proper Sikh widows who show up are expecting to learn basic English literacy, not the art of short-story writing. When one of the widows finds a book of sexy stories in English and shares it with the class, Nikki realizes that beneath their white dupattas, her students have a wealth of fantasies and memories. Eager to liberate these modest women, she teaches them how to express their untold stories, unleashing creativity of the most unexpected - and exciting - kind."

Interestingly, I was about the only one at the book club that really enjoyed this book.

43/75: Früher war ich jünger: 41 Geschichten aus dem Leben eines einfachen Mannes by Herr Kofler - Kofler is an Austrian journalist who writes funny and thoughtful stories about his professional and private life. I follow him on Twitter.

44/75: Feet of clay by Terry Pratchett - I loved it. It has a fine sense of humour and a lot to think about. There is a funny paragraph about meteorology which I especially like because I work at a weather service:

"People look down on stuff like geography and meteorology, and not only because they're standing on one and being soaked by the other. They don't look quite like real science. But geography is only physics slowed down and with a few trees stuck on it, and meteorology is full of excitingly fashionable chaos and complecity. And summer isn't a time. It's a place as well. Summer is a moving creature and likes to go south for the winter".

I wrote an article about the Austrian writer Jeannie Ebner and read some books by/about her again: 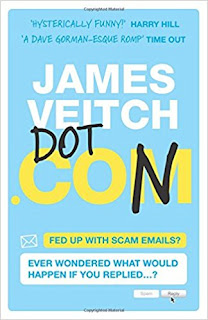 49/75: James Veitch: Dot Con: The Art of Scamming a Scammer - very funny. But his TED talks about answering to scammers are even better :-)

50/75: Terry Pratchett: The fifth elephant - one of the darkest Discworld books I have ever read, with several very sad scenes. Well, it takes place in Uberwald after all...

51/75: Published to death - another Jamie Brodie Mystery by Meg Perry. I think this is one of the most funniest - Kevin and Jon get a new colleague who loves to speak in phrases and clichés - e.g. "Now, boys, keep your pants on. ... See which way the wind is blowing on the streets. Let's make hay while the sun shines, boys" and this in every scene :-)

52/75: finished Kerri Carpenters librarian romance Her super-secret rebound boyfriend. Nice read, a bit abrupt happy ending (as so often in romances like this).

59/75: Bare minimum parenting by James Breakwell. I don't have children myself and don't plan to have some in the future, but I follow Breakwell on Twitter and think his tweets about his experiences with his four children are hilarious, so I wanted to read his book, too.

61/75: Vom Ende einer Geschichte (The sense of an ending) by Julian Barnes. From the Offener Bücherschrank in Wiener Neustadt.

I discovered the regency romance series "The Penningtons" by Bliss Bennet and loved it - The Penningtons are four siblings (three brothers, one sister), each of whom has their own volume. Strong women with their own head, sex scenes that are not embarrassing, plot twists, interesting characters, british/irish background.

Posted by Library Mistress at 11:53 am